Freedom of the Press Foundation 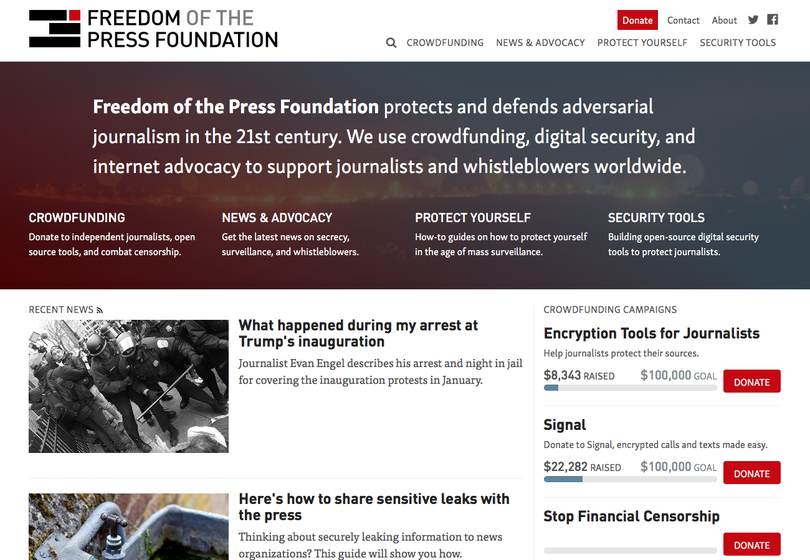 I couldn't recommend Little Weaver Collective enough. They were extremely professional and a pleasure to work with. We would hire them again in a heartbeat.

Freedom of the Press Foundation is a nonprofit dedicated to helping support and defend public-interest journalism focused on exposing mismanagement, corruption, and lawbreaking in government. In addition to fundraising and advocacy, they develop and maintain SecureDrop, an open-source whistleblower submission system used by major news organizations worldwide. They are also the fiscal sponsors for Signal, the popular encrypted texting and calling application.

When they approached us in 2016 for a refresh of their website, they were working off of a website that had been designed in 2012 pro bono by one of the organization’s founders. It had served them well in the intervening years, but they were ready to upgrade to something newer, mobile-friendly, and more professional. The old website’s design played on a theme that was clandestine, dark, and secret. Freedom of the Press Foundation wanted a website that was trustworthy and modern. 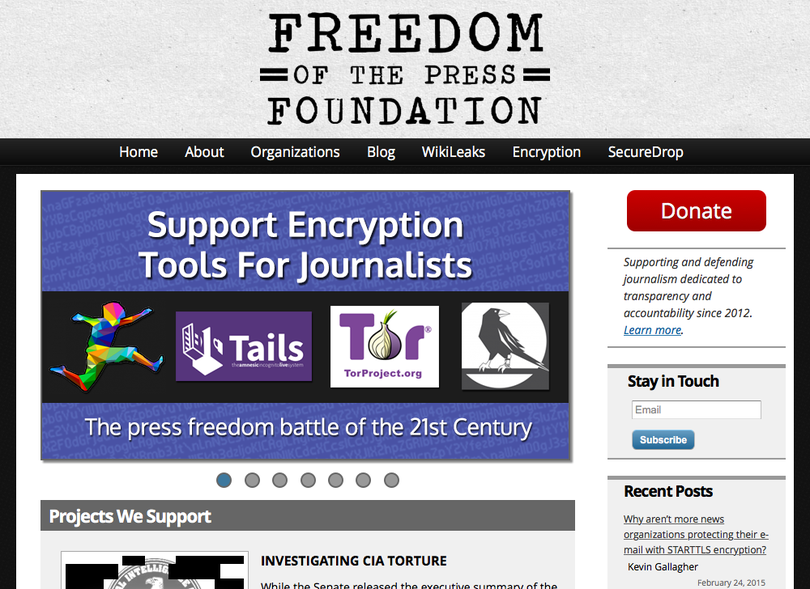 At the same time they needed a CMS that would better serve their team. Their existing Drupal installation was brittle and difficult to maintain. Tasks as simple as adding images to a blog post often required the assistance of their engineers. They wanted to streamline the process of publishing and integrate their fundraising and mailing list systems into an easy-to-manage interface. Because of their security focus, they were interested in consolidating as many of these functions on their own systems as possible.

A Trustworthy New Identity and Design

Armed with the analysis from a three week research process interviewing journalists and FPF staff, we designed a new identity—complete with a new logo, typeface selection, and color palette—that would reinforce their reputation as principled, trustworthy, transparent, and rigorous.

We identified four categories that their work falls into: fundraising, advocacy, training, and the development of security tools. We structured the website and its primary navigation around these four arenas.

Knowing that writing and publishing more frequently was one of the goals for the new site, we gave articles primary placement in the new design and designed a blog with all the magazine-style layout features of modern web publishing platforms and a typographic treatment appropriate for the seriousness of the content. 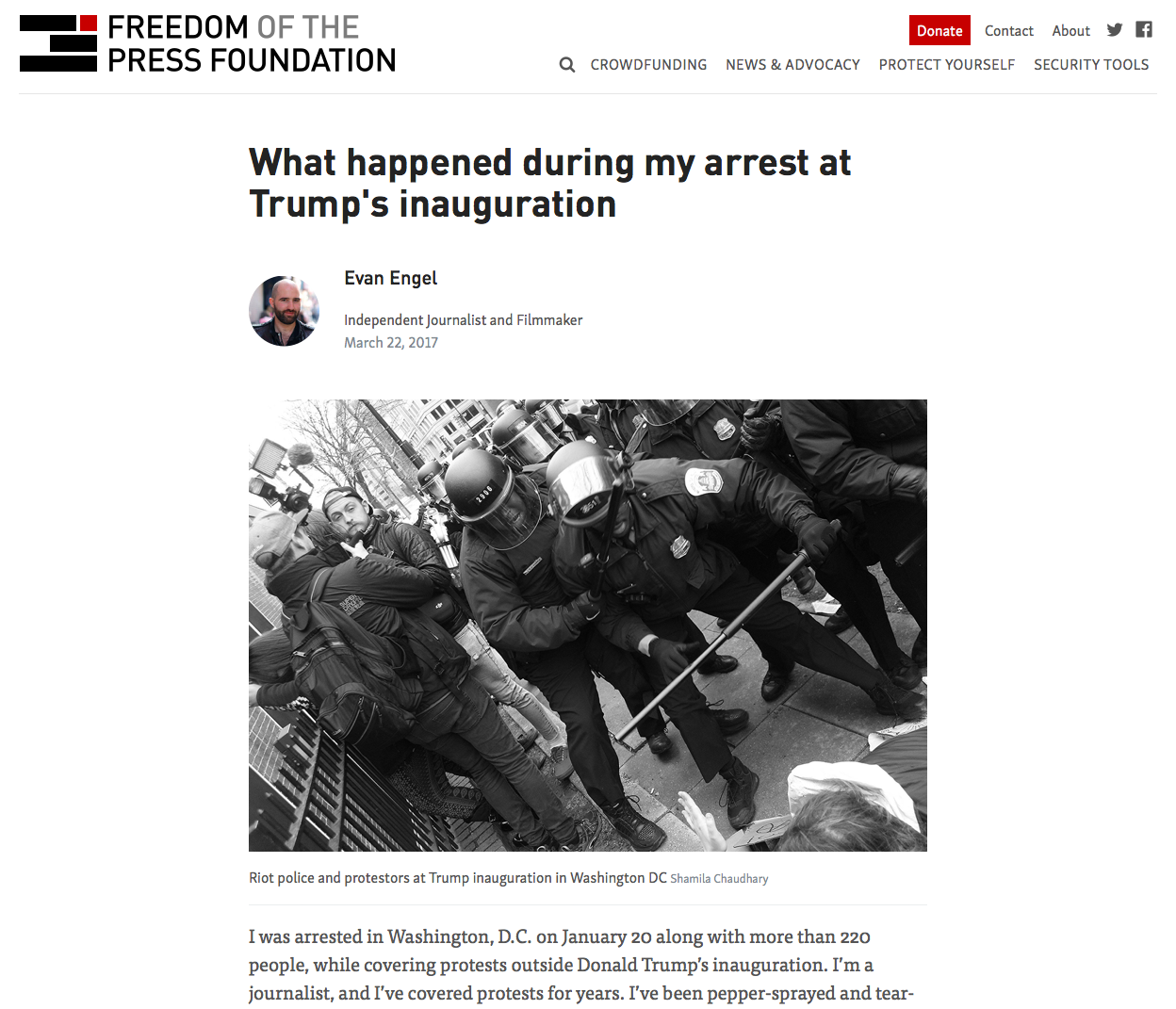 Three Systems in One

One of the major technical challenges of this project was incorporating a fundraising platform and CRM into a traditional CMS website. Because of FPF’s security and privacy concerns, they wanted to host all three of these tools internally.

We built a fundraising platform into our that allows staff to spin up new fundraising campaigns freely and track donation statistics directly from the site’s management interface. We integrated this directly with Stripe and PayPal for payment processing. Modern JavaScript development with React allowed us to rapidly create an interface for FPF’s bundle-style fundraising campaigns, which allow website visitors to donate to a cluster of related organizations and choose the allocation of their donations.

Finally, we created a lightweight CRM that seamlessly combines donations and mailing list sign ups, allows FPF to store their mailing list on their own server, and allows them to send email blasts from the same management interface. We worked with FPF staff to make a smooth migration from their old CRM and fundraising system to the new one.

We worked closely with FPF staff throughout the research, design, and development of this project and are proud of the product and of our relationship with them. We admire the work they do defending journalism through technology and advocacy and are proud to have a role in that fight. We’ve continued to consult with them on features and functionality for this website and look forward to continuing to work with them on this project and others in the future.

See Freedom of the Press Foundation for yourself!